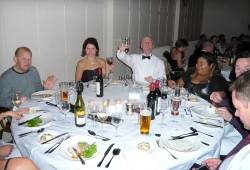 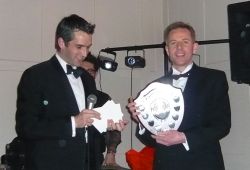 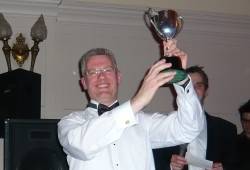 The annual dinner dance and awards presentation is a popular event in the Farnham Runners calendar. Chairman Dan Smith thanked everyone for contributing to a very successful year for the club, citing the growth in membership, success in leagues and social events. He thanked Jo Staples and Frances Britain for organising the evening before presenting the awards.

Graham Russ won the Paul Charlton Memorial Trophy for the quickest marathon of 2007 for his time of 2hours 46mins 38secs in London, an outstanding club record debut result.

Hillary Carter (photo above) is now the proud owner of the Club Handicap Trophy, while the unsuspecting Howard Inns and Angela Epps were awarded the Herbie and Prince Memorial trophies respectively for improvement between 2006-2007 in the Alice Holt 10km race.

Charles Ashby (photo above) was the very deserving winner of the Steve Parker Trophy for the person who has contributed most to the club over the year for his vision and hard work as race director for the Alice Holt race and the Today’s Runner cross-country. 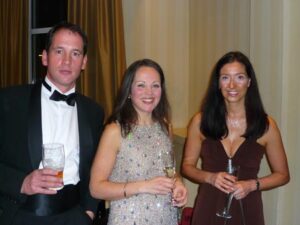 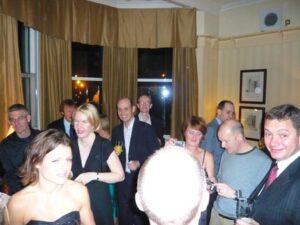 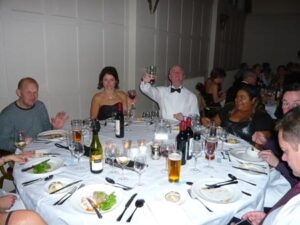 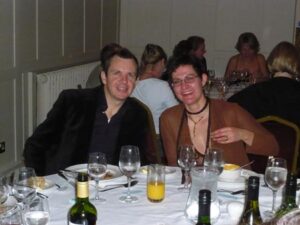 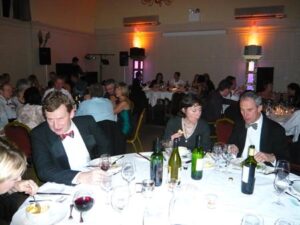 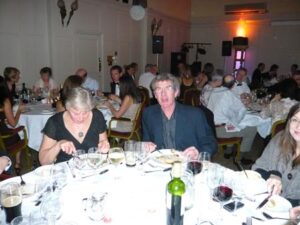 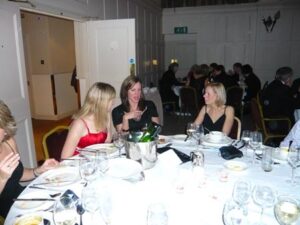 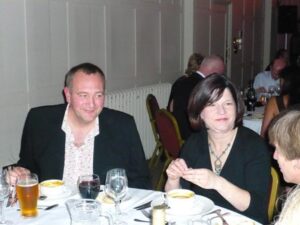 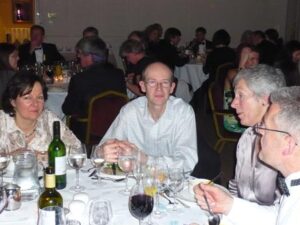 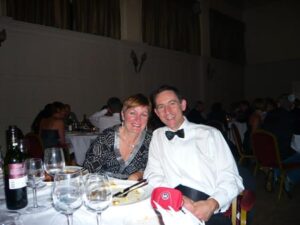 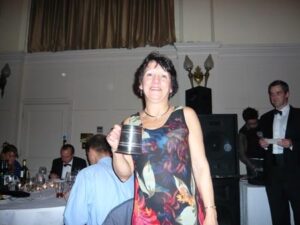 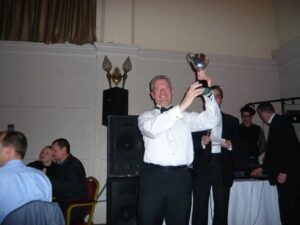 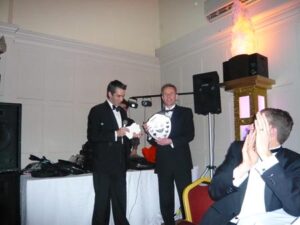 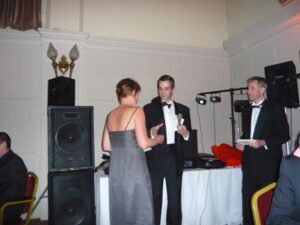 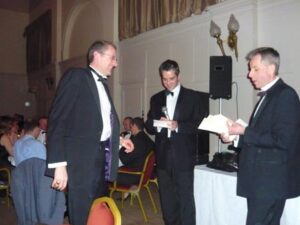 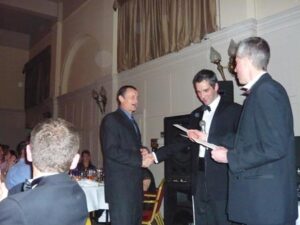 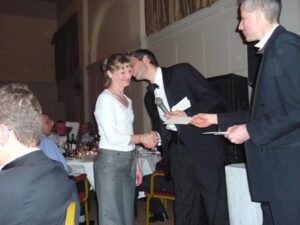 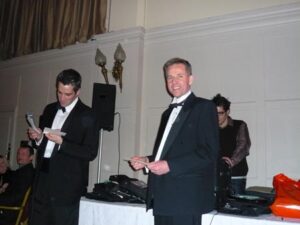 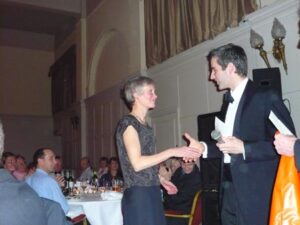 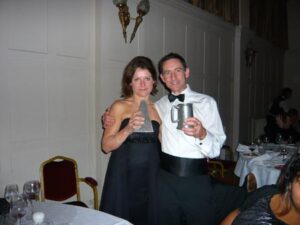 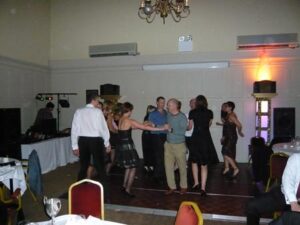 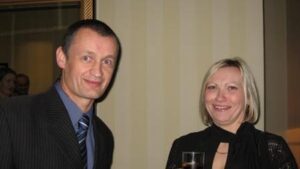 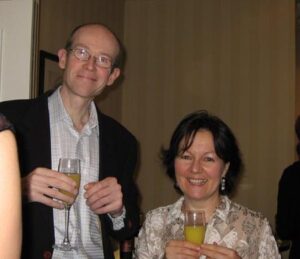 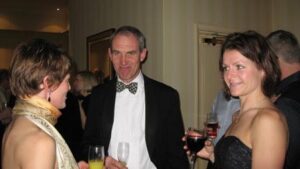 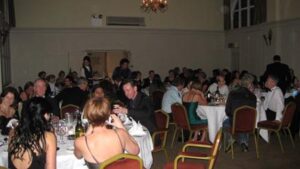 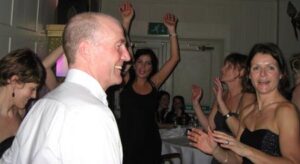 The next morning thirty members were caked in mud but smiling after the fourth round of the Today’s Runner Winter League at Lord Wandsworth College, organised by Hart Road Runners. All fought hard for their place in support of their team which still lies joint first in the league. Stiff competition gave the club joint 3rd place on the day with the men taking fifth and the ladies fourth.

A jubilant Charles Ashby (22nd) seemed to float over the mud to win a tussle with Steve Kitney (24th). Dan Smith returning to fitness settled for a worthy 34th. The still improving Mike Ashworth finished 46th, with Dave Armstrong not far behind (50th). Just denied a scoring team place came Colin Butfield (53rd) while Alan Froud (63rd) and Matt Burns (67th) were also well up in a strong field.

A stiff wind along the seafront at the Hampshire Road League Stubbington Green 10km the previous weekend did not prevent some Farnham Runners from achieving personal best times.