Farnham Runners hosted the third round of the Southern Cross Country League race, and over 400 runners descended on Farnham, another record this year. New Farnham Runners’ race directors, Mary D. Fitzgerald and Craig Tate-Grimes took on the ever increasing task of masterminding the event, while Jacquie Browne kindly stepped in to organise refreshments for the hungry hordes after the race. Most of the 200 members volunteered to help in some way – to set up the course, to marshal, to make the sandwiches, to bring a cake or to run for the club and so it was a real team effort that made the venture so successful and enjoyable.

The course of approximately 4.6 miles in the Bourne Wood and Farnham Heath was the same as last year, with a flat start that belied what was to come. Soon there was a serious ascent and a steep downhill before the route wound around the flatter edge of the Heath, with the final sections challenging again. Brave souls who could descend fearlessly sometimes gained on their more careful rivals! The conditions were good, with only a few muddy patches.

The team results were soon calculated and there was massive cheer for Farnham Runners who came joint 4th overall out of 22 clubs. Other local clubs were to the fore as Hart Road Runners were joint top with Basingstoke and Midhants AC, while Haslemere Border AC came third and Farnham Triathlon sixth.

With such strong competition Farnham Runners men’s team was pleased to place 3rd, close packing the secret to their success. They were led in again by James Clarke whose fine performance gave him 13th. Richard Lovejoy, was ahead of him at the steps but was overtaken in the final sprint to the line for 16th. With a minimum of training Andrew Ellison still impressed with 18th, while Charlie Hill-Venning’s 22nd shows he is a still improving and very useful club member. Ian Carley completed the scoring in 27th. Strong support was given by new member Jirka Zaloudik in 45th and team captain James Warren, who recovered from a tumble, in 55th.

Eloise Stradling was a delighted leader of the Farnham ladies for the second time in a new best of 19th, helping the team to 6th. Jane Georghiou in 34th narrowly held off Gabi Hitchcock in 37th who made a comeback to racing as final scorer. Vicki Clarke in 48th finished just ahead of Jane Mezzullo in 49th. 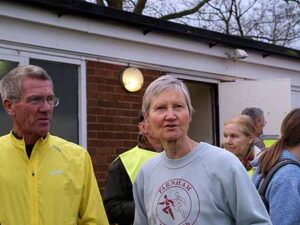 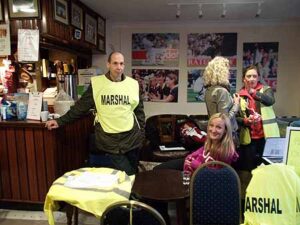 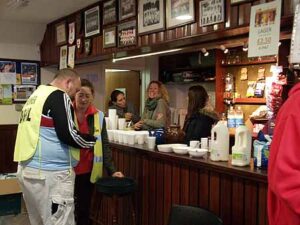 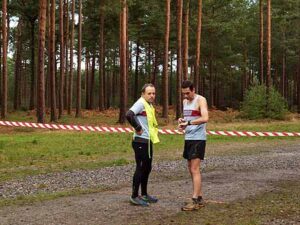 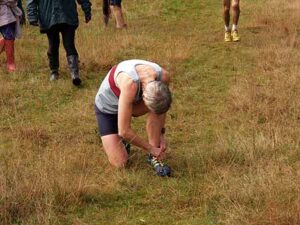 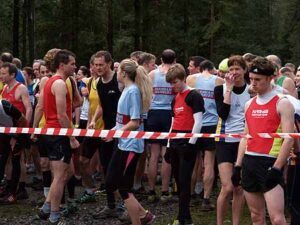 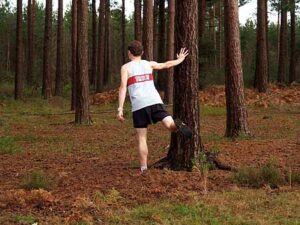 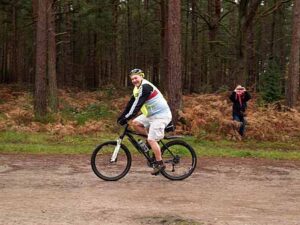 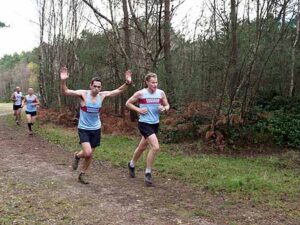 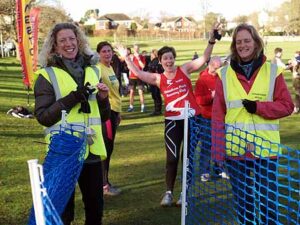