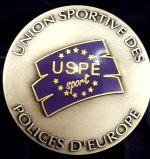 Sarah Hill of Farnham Runners is thrilled to have been presented with a Lifetime Achievement Award for her longstanding high level of performance in events organised by the Union Sportive des Polices d’Europe.

During her career spanning twenty years she has taken part in numerous events representing the United Kingdom Police. These include five Euro cross countries, two track and tield events, two marathons and one half marathon, winning two individual golds and three bronze, as well as many team medals.

“I was so surprised but am very proud to have won this award”, 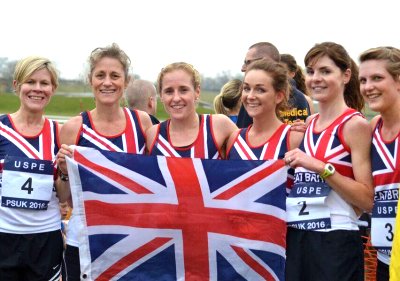 Sarah was recently part of the Great Britain police team competing at Kenilworth, Warwickshire in the European Police Cross Country Championships 2016. She led her team (pictured above) to a silver medal, placing an excellent 6th of 47 in the women’s race.