A record number of 53 Farnham Runners all in fancy dress helped make this year’s Club Handicap race a huge success. This event has been taking place since the club first started in 1986, on a route unchanged since 1990. There is strong competition for the club’s Handicap Trophy and everyone has an equal chance of winning, even though the time elapsing between the first and last to set off was 22 minutes for the 4.25 mile course.

“Mystic Meg” had produced the handicaps based on local races and parkruns, with the help of some state of the art algorithms and her crystal ball.

Three relative newcomers to the club showed their full potential as they headed the pack to the finish. First to cross the line was Emma Campbell, comfortably ahead of Hannah Bence and then, on her heels, Alex Dervan. 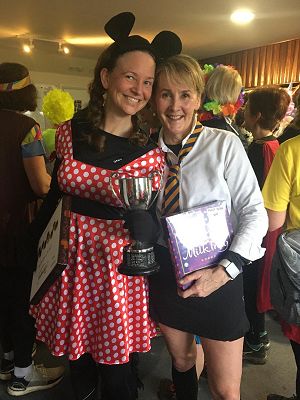 The rest arrived back in a continual stream, many after private battles to get ahead of as many as possible who had set off ahead of them, making this type of race an unusual experience.

This year the range and quality of the fancy dress costumes was astonishing.

Helen Bracey and former chairman Richard Sheppard had the difficult task of picking the winners. There were so many characters, real and fictitious, as well as other species, including a bee, a banana and a daffodil. Superman and Superwoman were there, Ali Baba, Minnie Mouse, a Jester, The Terminator, the Ghost of Macbeth, a mime artist, a Roman warrior, an elf, a clown, a caveman and many more, drawing some surprised faces on drivers and cyclists as they passed.

James Bond (Clive Frostick) and a distinguished Scottish baron (Robert Drummond) were there but the most unexpected visitor was Donald Trump (aka David Boakes). Organisers were concerned as an Arab sheikh (Richard Frost) was among the throng but judges were so impressed by their cordial meeting that they put them down for a future Noble Peace Prize.

A team picked out for commendation was the “Farnham Runnings” Bobsleigh team (photo below) of Pauline Hamilton, Tori Shaw, Clair Bailey, Lina Haines, Becky Martin and Emma Dawson, who all ran together, complete with bobsleighs. 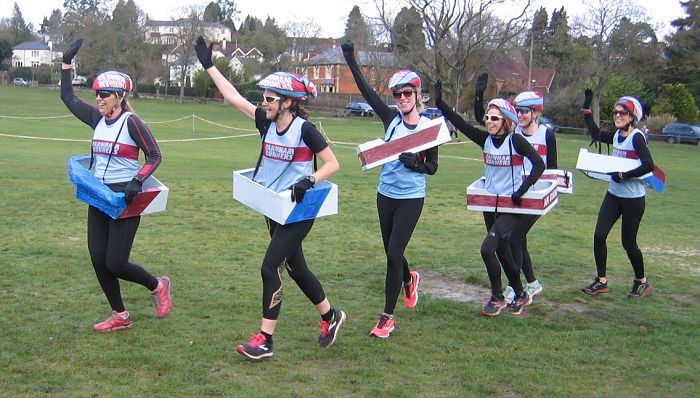 The club’s Race Director, Craig Tate-Grimes who had earlier that morning put up the signs along the course and was soon ready costumed as a salad won the Fancy dress first prize. Next was Georgi Welch for her impressive Princess Fiona from the film Shrek. Joint third winners were Carolyn Wickham and Keith Marshall, both dressed as Unicorn Princesses.

Craig Tate-Grimes presented the trophy to the winner and boxes of chocolates to the first three in the race and the fancy dress. Helen Bracey gave out the prizes to the fancy dress winners, Clair Bailey organised the refreshments, Ali Hardaway and Keith Toms took photos, and Jane Georghiou had a hand in helping Mystic Meg devise the handicaps. 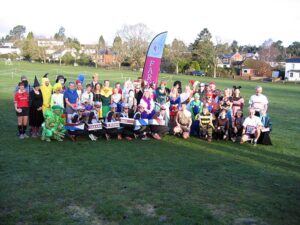 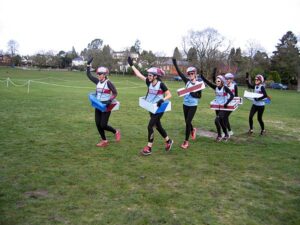 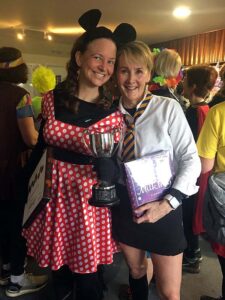 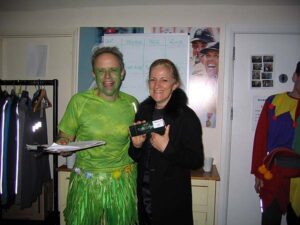 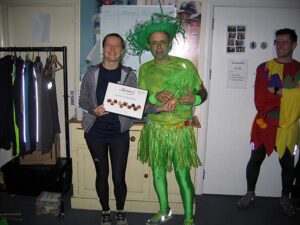 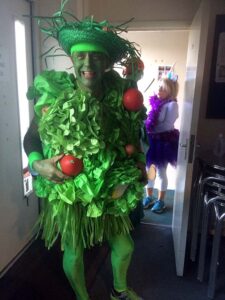 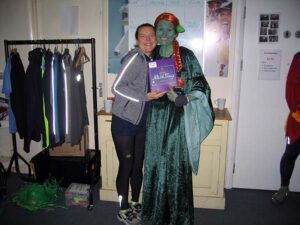 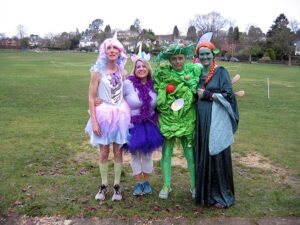 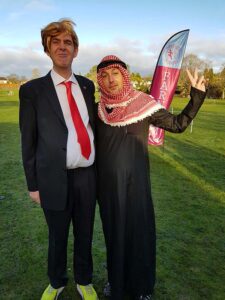 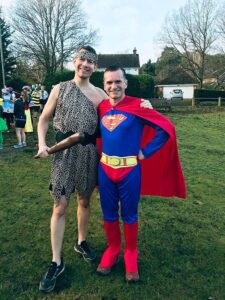