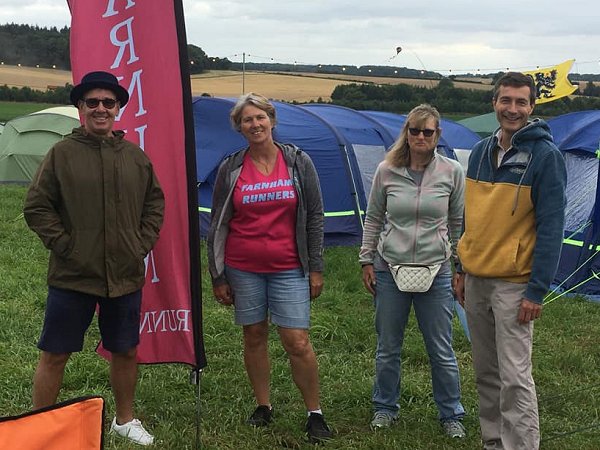 Four Farnham Runners members attended the three day RunFestRun near Overton, Hampshire. Staged over the Bank holiday weekend it was an action-packed weekend combining camping and runs of varying distances with a programme of fitness workshops including talks from well-known athletes including Paula Radcliffe and Steve Cram, as well as live music.

Jacquie Browne and Julia Tagg ran both the 10km Saturday morning and the 5km in the afternoon, Richard Denby ran the 10km and the half marathon on the Sunday, while Paul Mackie ran all three!

“It was a great weekend. The runs were challenging, on trails with rough cut grass and constant climb. All very nice. Even a high five on the run with Chris Evans”

Paul Mackie was lucky enough to speak to marathon world record holder, Paula Radcliffe and pass on some tips!! 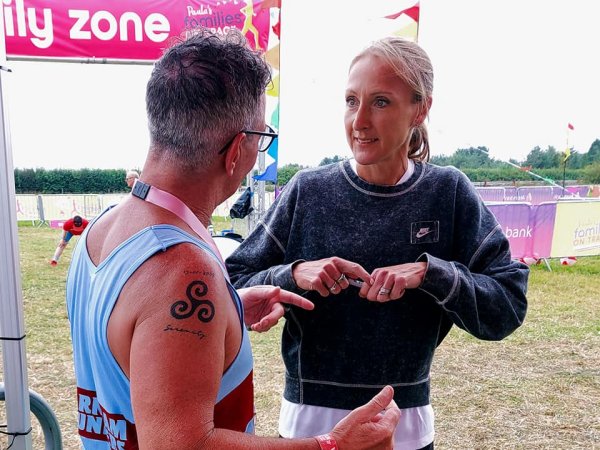 Sarah Hill was recently first lady in the Salisbury Plain Marathon in a time of 3:39:21.

Nik Darlington completed the Vitality Big Half in London. In a field of 12,000 runners, he was thrilled with a 144th place finish and a half marathon PB of 76’37”.