Home » All press releases » HRRL Overton 5 – in the heat! 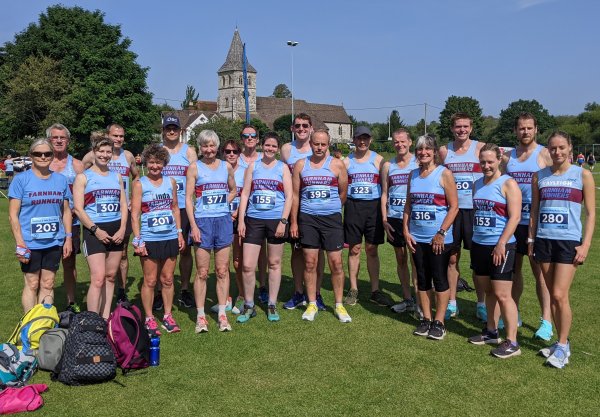 The sudden onset of a heatwave came as a shock to the runners in the Overton 5 mile race, expertly organised by Overton Harriers. After weeks of mainly cloudy weather, the sun came out at lunchtime and the hilly course, along scenic lanes around the village, offered little shade. Runners were already very warm by the time they had walked to the start with temperatures in the mid-20s. The start was chip timed so that those who wanted to avoid a mass start could do so.

They had to dig deep to the tackle the hills but all Farnham Runners finished the course in good time. After a successful 2018-19 season both their men’s and ladies’ A and B teams stayed in their respective top divisions and, with last season abandoned because of Covid-19, they started this season with these high standards to maintain.

In fact the club gained one of the best ever set of Hampshire Road League scores. The men’s A squad came third, the ladies’ A’s second, while the men’s Bs were fourth and the ladies Bs first, all the top divisions.

The men were led in by Nik Darlington in 28 minutes 27 seconds, an impressive 6th overall and 4th senior man in this competitive series. Not far back was James Clarke in 29:26, twelfth finisher and 8th senior. Next came newcomer Ivan Chunnett in 35:20 and 3rd M60, Keith Marshall in 35:22. 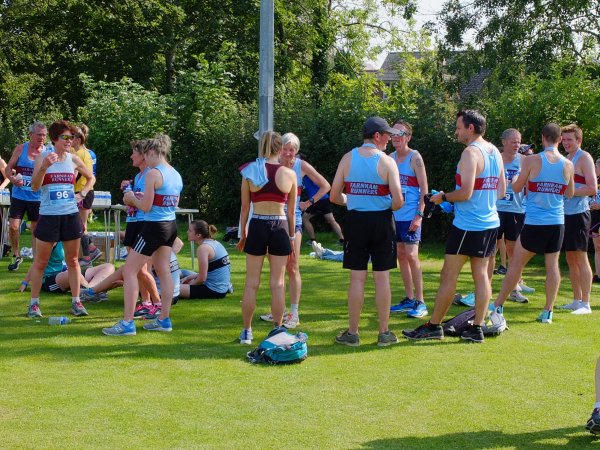 Farnham Runners are now looking forward to taking part in the rest of Hampshire Road Race League races, as well as the Southern League cross countries that are due to begin in October. Their course for Beginners is now underway, while a number are now tapering before taking part in the London Marathon.