Life getting back to normal for Farnham Runners

Farnham Runners have been taking full advantage of the easing of lockdown restrictions, enjoying running together in groups at last. Tuesday training sessions, as well as Wednesday and Sunday runs resumed after March 29th,

To celebrate on the first Wed that it was possible to run again in groups up to six, social secretary, Clair Bailey organised a very successful Easter Egg Hunt. Each group chose their own route and start time, solving clues at points around Farnham, using the “What3words” app to locate each one. Over forty members made it to the endpoint to claim their Easter egg reward and the event got a definite “thumbs up” from all who took part.

Farnham Runners have enjoyed subsequent club runs to catch up with each other, while also welcoming new members. Start points have been from a variety of places, including Caesar’s Camp, Farnham Park, Alice Holt Forest and central Farnham as well as the Bourne Green, and have included runs of a range of paces, distances and terrain.

The two Tuesday speed and hill sessions are also proving to be very popular and almost fully subscribed, with 12 runners able to take part in each one, led by club coaches Jane Georghiou and Linda Tyler. Attracting a wide variety of standards, the first took place in a mini heat wave and the second in what one described as a “Winter Wonderland”! With concentration on style of running as well as carrying out faster intervals, some are already noting an improvement.

Club members also have access to the Athletics Track at Charterhouse School near Godalming and a club training morning has been scheduled in May.

As very few races have resumed yet the club’s own virtual series has continued with the ‘NOT’ Salisbury Ten and a third ‘NOT’ cross-country.

Thirty took part in the former and while some chose fast flat courses, others preferred to record their time over more scenic routes. Those who left it till the last of the nine day window, battled a stiff wind. Some wore a Salisbury Ten T-shirt and a few recorded personal best ten mile times. 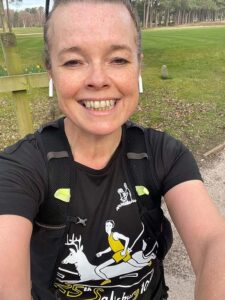 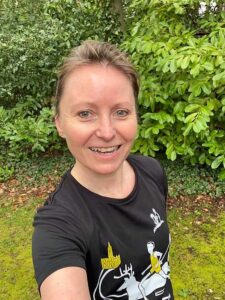 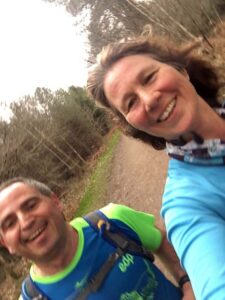 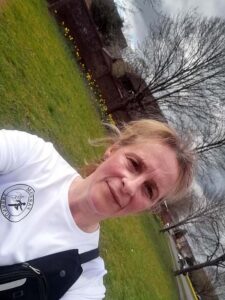 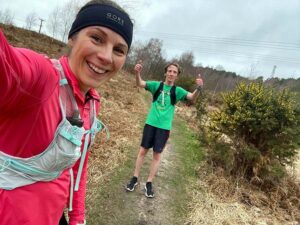 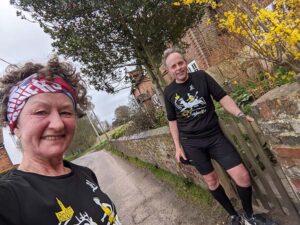 Nik Darlington heads the club ‘NOT’ Grand Prix league and had hoped for a time of 61 minutes, but felt good and pushed on for a personal best of 59:00. He was beaten by an excellent performance from Hamish Maclean who recorded 56:56. John Phillips clocked 1:17:33, Neil Ambrose 1:17:59 and Keith Marshall 1:18:04.

For the third cross country, later in the calendar than the normal race, it was difficult for the 35 participants to find much mud, but drying conditions had made some routes sandy and even more taxing! The comments below were typical.

“Hankley sand and sun. Like running on the beach.”

“In today’s beautiful sunshine. No mud could be found around Hankley common. But the soft sand made up for it. Felt like running through treacle ”

“More than enough ups & downs on Puttenham Common, finished at a higher elevation than I started, even surprised myself with a bit of mud.”

Andy Clegg found a problem not normally encountered in a real race:

“Would have been quicker but one of my neighbours stopped me to chat for a couple of minutes!” 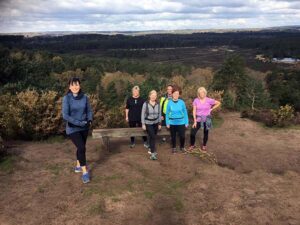 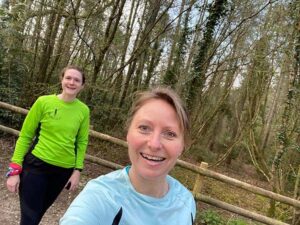 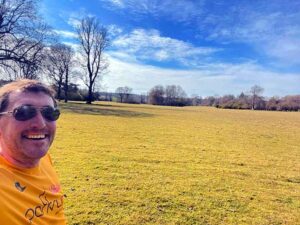 The NOT series will continue with one 10 miler and three 10k virtual races in May and June. 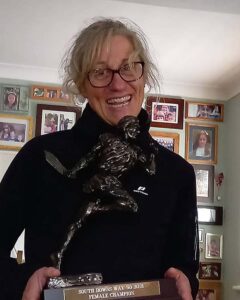 Meanwhile ultra-runner Sarah Hill took part in the South Downs Way 50 miler on 17th April, starting at Worthing and finishing at Eastbourne. Rated to be the “favourite” by race organisers, Centurion Running, she was battling injury worries.She said:

With a staggered start she didn’t know the result until after she had returned home – and was over the moon to find out she was fastest lady in a time of 8:45:25!