‘Not’ Ryde 10 and other virtual race news

Farnham Runners held the club’s third virtual Hampshire Road League over nine days in early February to substitute for the normal Ryde 10, usually a very popular day trip to the Isle of Wight. After the first relatively warm day, temperatures hardly rose above 0o C and the bitter wind made temperatures feel much colder. The few who completed their run on the first day were very thankful while many hung on till the last day when the thermometer rose slightly.

Despite the chilly conditions thirty-six posted their times for inclusion in the club’s NOT Grand Prix series. For some it was their first time at racing 10 miles, or their first run at this distance for a while, and the event provided great motivation for them. Some participants completed fast flat routes while others chose more undulating scenic paths. Said co-ordinator, Jane Georghiou:

“I’ve been very encouraged by the enthusiasm of our members for this virtual series and also that, in the absence of real races, it is a focus for runners of all standards of runner within the club.” 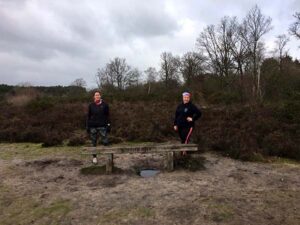 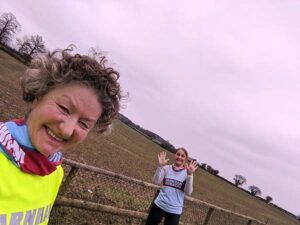 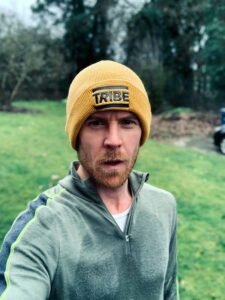 Other top ten times were:

For the first two club virtual races, there was the added incentive of a prize draw for all those who took part. The names drawn out of the hat were, for the NOT Victory 5, Clair Bailey and for the NOT Stubbington Green 10km, Jonathan Salomon. There will be further prizes and trophies to be awarded at the end of the NOT series, whenever that is.

Although the virtual series was set up as a replacement for the road races, there were calls for some cross-countries too, as the Southern Cross-Country League races have also all been cancelled. So, over nine days towards the end of February, there was an option for Farnham Runners to record their time over a challenging and muddy off-road five mile route of their own choosing. Pictures to show the extent of the mud were encouraged!

The twelve Farnham Runners who completed the virtual London Marathon on 4th October 2020 have now been given the option of obtaining a Guinness World Record certificate as the event was a world record for the “Most users (37,966) to run a remote marathon in 24 hours”.