With the lockdown still in operation and no races possible for a while, Farnham Runners continued their virtual race series to substitute for the Hampshire Road and the Southern Cross-Country leagues.

Two virtual club cross-countries took place in February, each taking place over nine days, including two weekends. Forty-one members took part in the first and thirty-four in the second.

It wasn’t just a case of turning up for a race, as runners had to devise their own course, try not to get lost along the way and run alone or with one other person. There was no shortage of local venues with Bourne Woods, Alice Holt Forest, Caesar’s Camp, Hankley Common, the Devils’ Punchbowl, Frensham Common and the Devil’s Jumps all featuring.

Runners were asked to include muddy trails and enough hills to emulate the normal cross-countries. The time period for the first, in late February, started after a winter with lots of rain and wasn’t long after snow, so for the initial few days it was easy to find lots of mud. Then after the first weekend the sun came out and the tracks dried out very quickly so even more hilly routes were encouraged to compensate. One positive from Covid-19 is that many more members will be expert at planning routes!

There were some impressive performances. Jack Ferguson, in Wales for the lockdown, ran up 1,000 feet of elevation to place seventh in the first race, while Charles Ashby came fourth after including an ascent of Crooksbury Hill. Gabriella Hitchcock was comfortably first lady even after diverging from her planned route on Hankley Common. 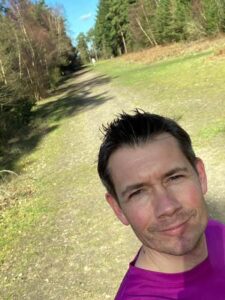 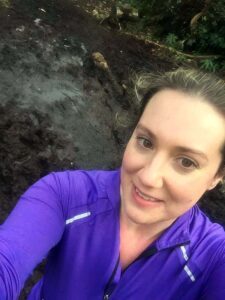 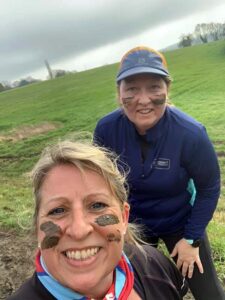 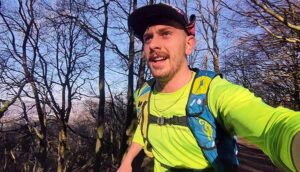 For the second, the tables were turned – dry paths for the first few days, with rain and gales midweek leading to more interesting conditions! 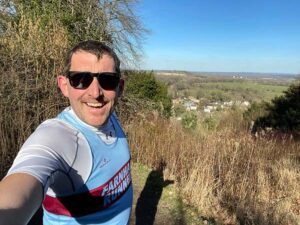 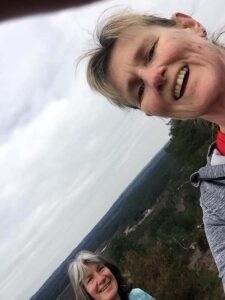 Members were keen to express their thoughts on the challenges of their chosen routes on the club’s Facebook page.

“Well, that was an insane route on Selborne Common, got lost twice, had spectacular views, had to climb through fallen trees and even found mud!!! That course and I have unfinished business! Elevation gain – 236m!!!”

“Plenty of hills and there was still lots of mud in the Rowledge swamp!”

“Blood, sweat and mud! The first 1.5 miles took it out of me- muddy, undulating and ditches!”

“Not much mud but sandy trails are a killer! Running through an army training fire fight was interesting as well!”

But Richard Denby and Justin Clarke were the only ones to find any snow, albeit of the artificial kind- on the film set in the Bourne Woods!