Two more ‘Not’ races and some real races

As before, some chose flat road courses and others chose more scenic off-road routes, so the times are difficult to compare. Julia Tagg and Penny Schnabel ran along the North Downs way and enjoyed the bluebells and sunshine, but not the hailstorm! Sue Taylor ran along the canal to Frimley in near perfect conditions, spotting geese and baby coots. Some, like Andy Clegg, ran the hilly actual Alton ten mile route in tough conditions.

Top of the men’s GP, Nik Darlington ran a 10 mile virtual race, twice in two weeks. The first was on the Alton Ten course which he ran for ISORACE III, the third in a big series of global virtual running races that’s been going since last summer. He was delighted to record a time of 58 minutes 3seconds that put him in 11th place out of 572 runners worldwide! The next week, on a flatter course, he recorded a personal best 56:46 for the club’s event. 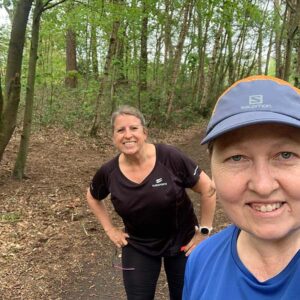 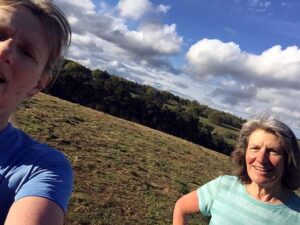 The last day of the NOT Netley 10km coincided with the Woodland Woggle, an actual race organised by Blackwater Valley Runners starting and finishing in the Hampton Estate.

Forty-nine Farnham Runners completed the race and they were overjoyed to be racing again in almost back to normal conditions, despite the staggered start. Vicky Goodluck commented:

“What a joy it was to be back together as a team of Farnham Runners, taking part in a brilliantly organised event over a beautiful course. The smiles say it all, thank you Woodland Woggle 2021.”

“As someone who joined the club in the midst of the pandemic, the Woggle was my first chance to meet properly so many people who have already been so friendly and welcoming. It’s testament to the club that it felt like racing had barely been away.”

There were some impressive results from the local club with Nik 2nd overall and 1st in his age group and Kayleigh Copeland 3rd lady and 2nd in her category. Neil Ambrose was 7th finisher of the 120 men. Several others gained high age category positions. Jean-Jacques Ferguson was 1st, Kay Copeland and Emma Dawson 2nd and Bob Brimicombe, Terry Copeland, Sue Taylor and Linda Tyler 3rd in their respective groups. 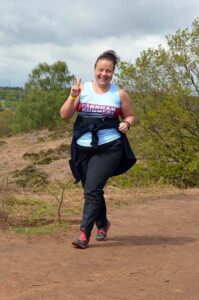 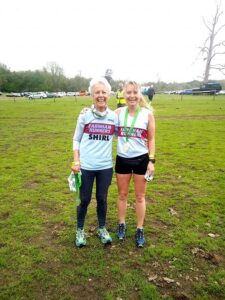 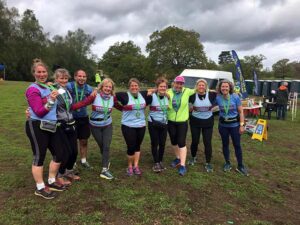 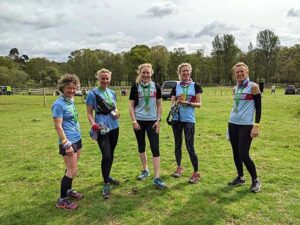 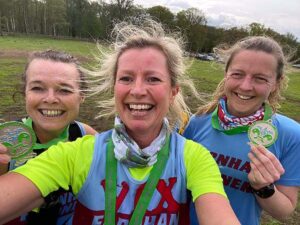 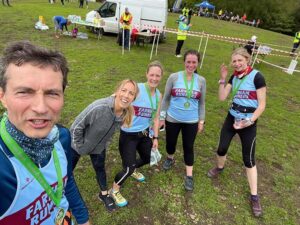 Joseph Lee took on the challenge of the North Downs Ridge Trial Ultra with its 900m of ascent as his first 50km. He was going very well indeed for the first half – in the top ten, but suffered a problem with his knee so had to settle for a time of 4:59:36, still impressive and taking 51st place of 267 finishers.